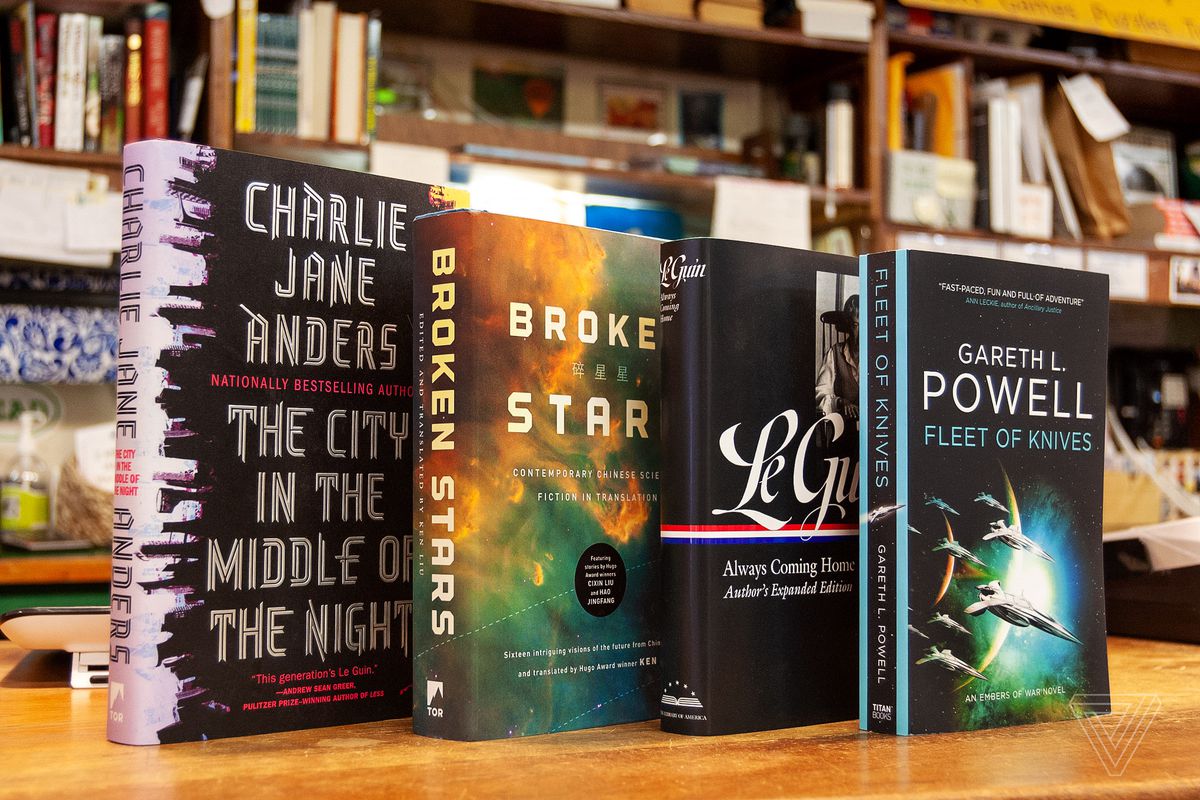 Recently, I’ve been reading Black Leopard, Red Wolf by Marlon James. James is known for winning the prestigious Man Booker Prize for his 2015 book A Brief History of Seven Killings, and he indicated after his win that he wanted to take on epic fantasy, saying that he was “sick and tired … of arguing about whether there should be a black hobbit in Lord of the Rings. African folklore is just as rich, and just as perverse as that shit.”

The resulting book is Black Leopard, Red Wolf, the first of a projected trilogy, and it showcases James’ attitude as it follows a man known as Tracker as he’s hired to track down a missing child in a fantastical Africa. The book is an engrossing read, rich in detail and visceral in its action as Tracker encounters trolls, vampires, demons, and witches as well as his strange companions and horrifying adversaries. It’s altogether different from J.R.R. Tolkien’s Lord of the Rings or George R.R. Martin’s A Song of Ice and Fire epics.

Here are 10 new science fiction books to check out this month. Some just hit stores, and others are coming out in the latter half of the month.

io9 co-founder (and my former editor) Charlie Jane Anders published her debut novel in 2016 called All the Birds in the Sky to incredible acclaim, earning a nomination for the best novel Hugo and a spot on Time magazine’s top 10 novel list of 2016. She’s now back with her follow-up, which is set on a distant dying planet called January. The planet is tidally locked, and humanity lives a miserable existence in two cities in the planet’s habitable zone. Sophia is a revolutionary who’s exiled to the planet’s night side and is saved by a bond with the creatures who live there. Publishers Weekly gave the book a starred review, saying that “Anders’s worldbuilding is intricate, embracing much of what makes a grand adventure: smugglers, revolutionaries, pirates, camaraderie, personal sacrifice, wondrous discovery, and the struggle to find light in the darkness.”

The Test by Sylvain Neuvel

Sylvain Neuvel is best known for The Themis Files novels about giant robots that protect the Earth from extraterrestrial dangers. His next release is a shorter effort: a novella from Tor.com called The Test, which is set in a near-future Britain where people are required to take a 25-question test that will determine their fate. Kirkus Reviews says that it’s “thought-provoking and disturbing. A cautionary tale illuminated with dark enlightenment.”

The Haunting of Tram Car 015 by P. Djèlí Clark

Last year, I read a fascinating novella from P. Djèlí Clark called The Black God’s Drums, which takes place in an alternate New Orleans. He’s back this month with another short read called The Haunting of Tram Car 015, which follows another story of his from 2016, A Dead Djinn in Cairo. In this story, Ministry of Alchemy, Enchantments and Supernatural Entities Agents Hamed Nasr and Onsi Youssef investigate a possessed tram car, only to discover a new side of Cairo and a potential danger that could threaten the entire city.

In 1985, Ursula K. Le Guin published Always Coming Home, a story that’s written as though it’s from an anthropologist’s report on the survivors of an ecological disaster known as the Kesh. Library of America is releasing an expanded edition of the book, including a couple of “missing” chapters from a Kesh novel as well as a selection of essays from Le Guin.

While Ken Liu is known for his short stories like The Paper Menagerie and novels like The Grace of Kings, he’s also one of the foremost translators of science fiction from China. He’s the editor of a new anthology of contemporary Chinese science fiction called Broken Stars, which includes works from authors like Xia Jia, Han Song, Cheng Jingbo, Baoshu, Liu Cixin, Chen Qiufan, and more as well as a couple of essays about the genre in China. Publisher’s Weekly gave the book a starred review, calling the book a “rewarding anthology.”

Last year, Gareth L. Powell kicked off a new series in which a sentient warship called Trouble Dog dealt with its role in a horrific interstellar conflict and is dispatched to a search for a ship that goes missing. In its sequel, the ship and its crew respond to the call of a stricken ship whose crew has retreated to an abandoned alien generation ship. At the same time, the story follows a poet named Ona Sudak, who is stranded on an alien world, and a Conglomeration agent tasked with a secretive mission. Locus Magazine calls the book a “smart, funny, tragic, galloping space opera that showcases Powell’s wit, affection for his characters, world-building skills and unpredictable narrative inventions.”

The Very Best of the Best: 35 Years of The Year’s Best Science Fiction by Gardner Dozois

Gardner Dozois was one of the genre’s best anthologists, editing the iconic Year’s Best Science Fiction anthology series for decades. He passed away last year, but he’ll have a new book out this month that collects 38 of the best stories from those 35 annual anthologies, which includes stories from Charles Stross, Nancy Kress, Stephen Baxter, and more. Publishers Weekly gave the book a starred review, saying it “features some of the best science fiction written in the 21st century.”

The Raven Tower by Ann Leckie

Ann Leckie is best known for her novel Ancillary Justice, a science fiction novel (with two sequels) that earned considerable acclaim. She’s now trying her hand at fantasy with The Raven Tower. It’s set in the kingdom of Iraden, which is protected by a god known as the Raven. A human ruler known as The Raven’s Lease carries out the Raven’s will, sustained with blood sacrifices. But in recent years, that power has been waning, and the kingdom is under threat. An aide to the Raven’s Lease Eolo arrives in the city and discovers a secret that could shake the kingdom to its core. Kirkus Reviews gave the book a starred review, saying that it’s “sharp, many layered, and, as always for Leckie, deeply intelligent.”

No Way by S.J. Morden

Last year, S.J. Morden released One Way, a novel in which a team of condemned prisoners was sent to Mars to set up a base camp, only to have things go very wrong. Now, protagonist Frank Kitteridge has been abandoned but is still alive. He sets out to find a way to return home, fending off fellow prisoners and limited resources.

The Priory of the Orange Tree by Samantha Shannon

Samantha Shannon’s new standalone epic fantasy novel The Priory of the Orange Tree is set in the world of Inys. The land has been ruled by the House of Berethnet for a millennia, kept safe from the threat of dragons led by an evil entity known as the Nameless One. That enemy might be returning, and protagonist Ead must stop assassins from killing Queen Sabran IX whose bloodline keeps the dragons at bay. Across the world, a dragon rider named Tané allows a forbidden seabearer through the borders of her own world, setting into motion a chain of events that might undermine the House of Berethnet. Kirkus Reviews gave the book a starred review, saying that it’s “a celebration of fantasy that melds modern ideology with classic tropes.”