I have always loved horror. The poorly-written mass market paperbacks I pulled from my father’s shelves. The B-horror flicks I watched in dark basements. The books and movies that suggested that true horror lived within everyday people.

But lately, I’ve been particularly transfixed by horror that focuses on feelings of claustrophobia and unseen menace. As a grownass adult whose day-to-day fears revolve around being trapped by the consequences of my terrible decisions (schedule shift; career move; poor spending choice; ill-advised parenting tactic), this seems apt. And perhaps no book has embodied these fears as perfectly as Josh Malerman’s Bird Box.

When I first read Bird Box, a work of literary horror that has since been adapted (and quite well) by Netflix, it was just a few months before my daughter was born, a life change that would shrink my world, leave me feeling at times constricted. Even four years later, she is so needy it often seems as if she’s trying to crawl back inside my body. So when I read Malerman’s book, there was something in me that connected to the story.

For those who haven’t read the book or seen the Netflix adaptation, here’s the gist: An unseen menace causes people to become violent and suicidal. After a time, it is determined that victims go crazy when they look upon these creatures. As a result, survivors remain in boarded-up houses, with papered-up windows. They go on supply runs with blindfolds over their eyes. Their world shrinks and, in this miniaturized life they are forced to live, they don’t even know what it is they fear.They don’t know what their monster looks like.

It’s a delicious mix of claustrophobia, blindness, and a fear of the unknown. Are there other books like Bird Box? Which ones bring that same brand of terror? 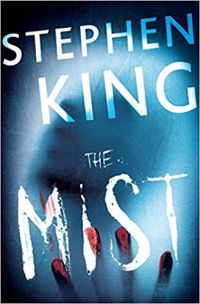 THE MIST BY STEPHEN KING

Let me just get this one out of the way. King has a number of titles beneath his belt in which the main protagonist finds himself trapped in an untenable situation. The one that reminds me most of what went down in Bird Box is The Mist, a novella about a small town enveloped by a strange mist, in which terrible creatures seem to be skulking about. Most of the action takes place in a supermarket in which a number of townspeople find themselves trapped. As these people, thrust together by circumstance, grapple with what’s going on—and what they should do next—tensions explode. Will anyone make it out alive? 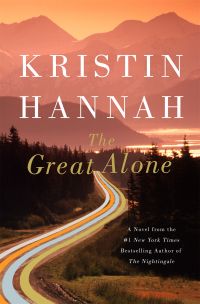 THE GREAT ALONE BY KRISTIN HANNAH

When I received an ARC of this book in the mail, I was unfamiliar with Hannah’s work. I had no clue she was a New York Timesbestselling author with approximately eleventy-billion published novels on her résumé. But I was immediately bewitched by this story of this coming-of-age story in which a small family moves to the wilds of Alaska in order to start anew. Unfortunately, there’s no leaving behind the inner demons of the family’s patriarch, a former POW. In this book-length fight for survival, the barren landscape isn’t the most dangerous thing the young protagonist needs to fear. This isn’t a horror novel, but it is horrifying. 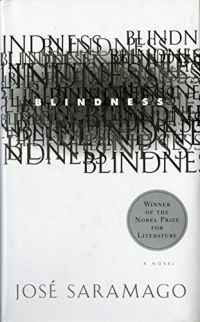 Where in Bird Box, characters were forced to blindfold themselves when outside so as to avoid glimpsing the thing that drove others mad, Saramago’s book is about literal blindness. A city is hit by an epidemic of blindness. Those afflicted are confined to an empty mental hospital, but the conditions there are brutal. Meanwhile, one woman who has miraculously retained her sight struggles to guide a group of strangers through this terrible new wilderness, made even more terrible by how it has empowered others to embrace the worst in themselves. 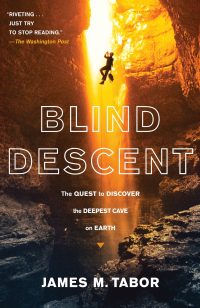 Before Bird Box, I lost my shit over The Descent (the British horror film; not the book by Jeff Long upon which it is very loosely based). When I saw the film, I spent the entire one-hour-40-minute run time gasping for air as a group of female spelunkers—trapped in an uncharted, underground cave system—fought and strained to find a way out. There were monsters and jump scares in the film. But what was most terrifying was, again that sense of claustrophobia. Which is why Blind Descent, a work of narrative nonfiction on two scientist-explorers who find themselves trapped within the depths of massive cave systems, freaks me out so much. 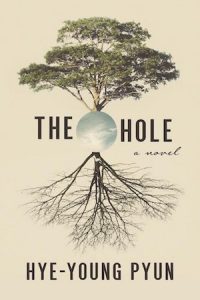 THE HOLE BY HYE-YOUNG PYUN

A man wakes up from a coma after causing a car accident that takes his wife’s life and leaves him paralyzed and badly disfigured. He is left in the care of his mother-in-law, who is bereft at the loss of her only child. Confined to his bed and neglected by his reluctant and resentful caretaker, he is left only with memories of his troubled marriage. “Yellow Wallpaper” much? 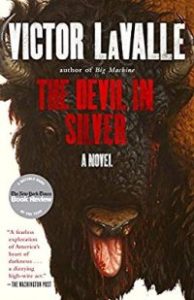 THE DEVIL IN SILVER BY VICTOR LAVALLE

And then there’s the book that first introduced me to LaValle’s work. In it, a group of inmates at a mental institution find themselves picked off one by one by a terrifying creature with the body of an old man and the head of a bison. But is the creature real, or just the result of group delusion? This book tackles many tough topics, among them the question of how and why our fears manifest.