1. When All Is Said by Anne Griffin 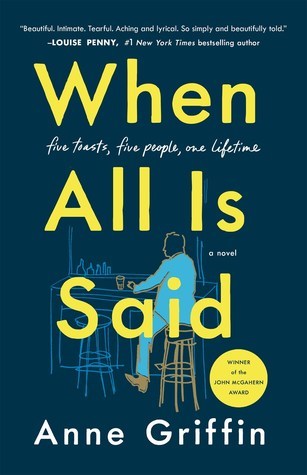 84-year-old Irish farmer Maurice Hannigan goes to the Rainsford House Hotel one Saturday night in June and decides to order five drinks for himself. With each drink, he makes a toast to the five most important people in his life: his older brother who he has always looked up to, his troubled sister-in-law, his daughter of fifteen minutes, his son far off in America, and his late, much missed wife. Through these people, the ones who have left him behind, he tells the story of his own life, with all its regrets and feuds, loves and triumphs.

Within a week of this book’s release, the poetic novel hit number one on Dubray’s bestseller list, and averaged a score of 4.3 out of 5 on Goodreads, from 302 ratings from readers. One reader described it as the “perfect example of a book I didn’t want to end”, after they “fell in love with the main character to the point where by the end of the story, he felt like an old friend.”

2. The Language of Kindness: A Nurse’s Story by Christie Watson 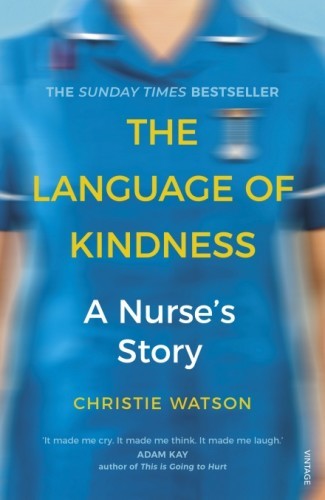 After working as a nurse for twenty years, Christie Watson takes the reader from birth to death, and from A&E to the mortuary in The Language of Kindness which will be a timely read for those who are both in support of the nurses strike and doubtful of whether it’s justified. The Language of Kindness is an astounding account of a profession defined by acts of care, compassion and kindness.

We watch Christie as she nurses a premature baby who has miraculously made it through the night, we stand by her side during her patient’s agonising heart-lung transplant and we hold our breath as she washes the hair of a child fatally injured in a fire, attempting to remove the toxic smell of smoke before the grieving family arrive to say goodbye.

In our most extreme moments, when life is lived most intensely, Christie is with us. She is a guide, mentor and friend. In these dark days of division and isolationism, she encourages us all to stretch out a hand.

The Guardian was one of many publications to offer a glowing review of this memoir, explaining that it’s “not a story of a high-octane career in a pioneering surgical field; it’s not a memoir filled with blockbusting anecdotes. Instead, it is a gently remarkable book about what it means to be a nurse, what it means to care.”

3. I’ll Be Gone in the Dark By Michelle McNamara 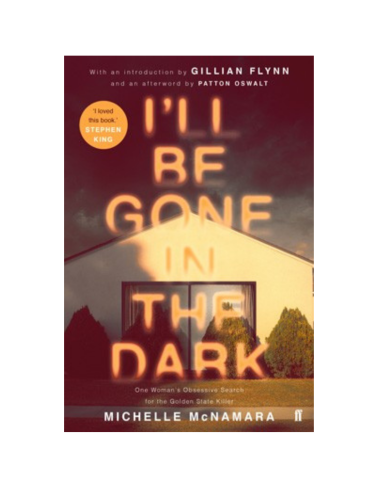 Released in March last year, this #1 New York Times Bestseller will be right up your alley if Netflix has set you on a bit of a true crime buzz as of late.

For more than ten years a mysterious and violent predator committed fifty sexual assaults in Northern California before moving south, where he perpetrated ten sadistic murders. Then he disappeared, evading capture by multiple police forces and some of the best detectives in the area. Three decades later, Michelle McNamara, a true crime journalist who created the popular website TrueCrimeDiary.com, was determined to find the violent psychopath that she called the Golden State Killer.

Michelle pored over police reports, interviewed victims and embedded herself in the online communities that were as obsessed with the case as she was. I’ll Be Gone in the Dark – the masterpiece McNamara was writing at the time of her tragic and sudden death – offers an atmospheric snapshot of a moment in American history and a chilling account of a criminal mastermind and the wreckage he left in his wake.

It’s also the portrait of a woman’s obsession and her unflagging pursuit of the truth, the book was completed by Michelle’s lead researcher and a close colleague and features an afterword by McNamara’s husband, Patton Oswalt. 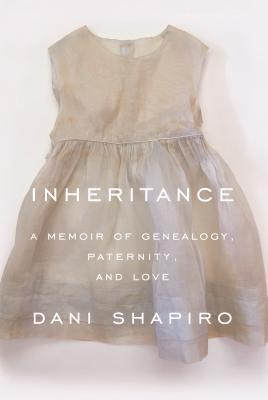 Best-selling memoirist and novelist Dani Shapiro’s latest offering offers a staggering look at a family secret that was uncovered by a simple genealogy test.

In spring 2016, through a genealogy website to which she had whimsically submitted her DNA for analysis, Dani Shapiro was extremely surprised to learn that the father she had known for her entire life was not actually her biological father. She woke up one morning and her entire history – the life that she had lived – crumbled beneath her. This discovery led her to write Inheritance, a book about secrets – secrets within families, kept out of shame or self-protectiveness; secrets we keep from one another in the name of love.

It is the story of a woman’s urgent quest to unlock the story of her own identity, a story that has been scrupulously hidden from her for more than fifty years, while she had spent the last five decades writing brilliantly and compulsively on the themes of identity and family history. When Shapiro makes this unexpected discovery with an over-the-counter DNA testing kit, she is left with many questions to which she may never discover the answers. What did her now long-dead parents know? Who was her biological father?

The book looks at the extraordinary moment we are living in – a moment in which science and technology have outpaced not only medical ethics, but also the capacities of the human heart to contend with the consequences of what we discover. 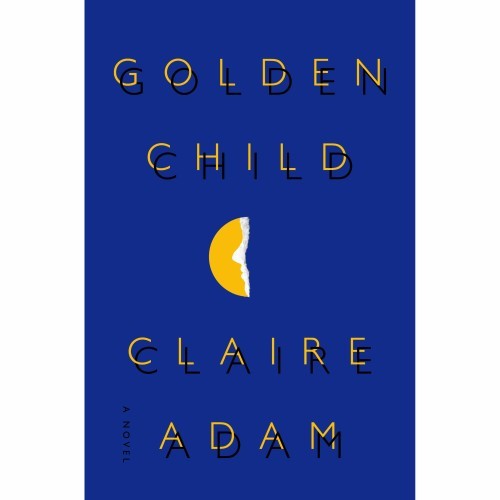 A deeply affecting debut novel set in rural Trinidad, following the lives of a family as they navigate impossible choices about scarcity, loyalty and love.

Clyde, the father, works long, exhausting shifts at the petroleum plant in southern Trinidad while his wife Joy looks after the home. Their two thirteen year old twin boys wake early every morning to travel to the capital, Port of Spain, for school. They are twins but nothing alike. Paul has always been considered odd, while Peter is widely believed to be a genius, destined for greatness.

When Paul goes walking in the bush one afternoon and doesn’t come home, Clyde is forced to go looking for him, this child who has caused him endless trouble already, and who he has never really understood. And as the hours turn to days, and Clyde begins to understand Paul’s fate, his world shatters – leaving him forced to face a decision that no parent should ever have to make. 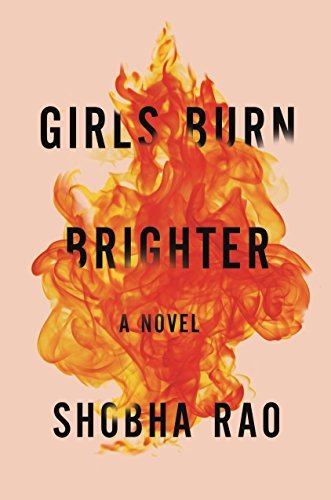 Poornima and Savitha have three strikes against them: they are poor, they are ambitious, and they are girls. After her mother’s death, Poornima has very little kindness in her life. She is left to care for her siblings until her father can find her a suitable match. So when Savitha enters their household, Poornima is intrigued by the joyful, independent-minded girl. Suddenly, their Indian village doesn’t feel quite so claustrophobic, and Poornima begins to imagine a life beyond arranged marriage. But when a devastating act of cruelty drives Savitha away, Poornima leaves behind everything she has ever known to find her friend.

This takes her on a journey into the darkest corners of India’s underworld, on a harrowing cross-continental journey, and eventually to an apartment complex in Seattle. Alternating between the girls’ perspectives as they face ruthless obstacles, Rao’s Girls Burn Brighter introduces two heroines who never lose the hope that burns within.

The book tackles some really upsetting themes, like domestic and sexual violence, and human trafficking, and many readers on Goodreads found the injustice of these parts of the book impossible to wrap their heads around. Despite the fact that this book was desperately sad at times, it has been described as “stunning and filled with descriptions of the vivid landscapes that contrast with the heart-wrenching events these friends were subjected to, simply for the fact that they were girls.” 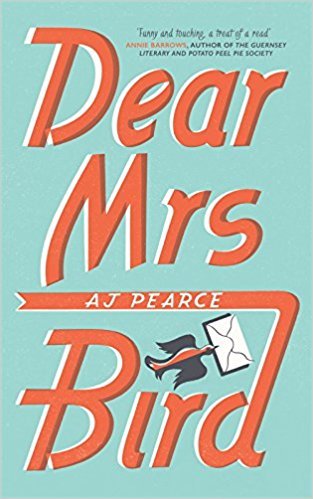 Set in London in 1941, Emmeline Lake and her best friend Bunty are trying to stay cheerful despite the Luftwaffe making life thoroughly annoying for everyone. Emmy dreams of becoming a Lady War Correspondent and when she spots a job advertisement in the newspaper she seizes her chance – but after a rather unfortunate misunderstanding, she finds herself typing letters for the formidable Henrietta Bird, the renowned agony aunt of Woman’s Friend Magazine.

Mrs Bird is very clear: letters containing any form of Unpleasantness must go straight into the bin. But as Emmy reads the desperate pleas from women who may have Gone Too Far with the wrong man, or can’t bear to let their children be evacuated, she decides the only thing to do is to secretly write back…

Marian Keyes described this novel as “The sweetest, most uplifting, lovely book about courage, friendship and love.”