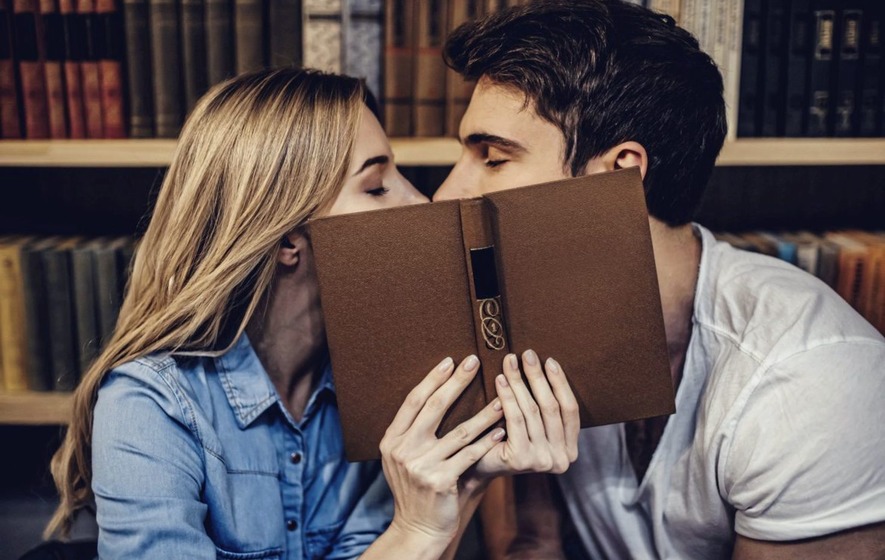 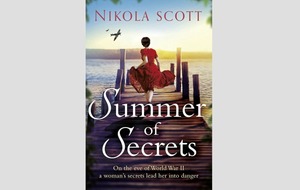 Summer Of Secrets by Nikola Scott

Another heartwarming tale from bestselling author Jill Mansell sees Mimi visiting her father in his new home in a Cotswolds village, where romantic opportunities seem to be around every corner. Her path is set to cross with that of the handsome Cal on numerous occasions – but will it ever be the right time for both of them? A feelgood story of friendships, love, missed chances.

If you liked One Day by David Nicholls and The Versions Of Us by Laura Barnett, then this ‘will they, won’t they’ love story might be up your street. It centres on Stephanie and Jamie, who meet one fateful weekend in 2006, sparking a tumultuous relationship which spans a decade. They are soul mates, destined to be together – except that they both have partners already.

3. The Truths And Triumphs Of Grace Atherton by Anstey Harris (Simon & Schuster, £12.99)

This lead debut tells the story of music lover Grace, whose world is as fragile and complex as the cellos she makes. The plot revolves around Grace and her married lover, who reveals himself to be – after a chance moment on the Paris Metro where he saves a woman who falls on the tracks – a liar and cheat. Grace is devastated, but can she mend her broken heart through life-affirming friendships and the things around her?

This unforgettable novel from Nikola Scott, about dark secrets and dangerous romances, centres on two women – born decades apart – each faced with the knowledge that a man in their lives is not what he seems. Perfect for readers of Dinah Jefferies and Kate Morton.

This second novel by the Cork author tells the story of Michael and Caitlin, whose long-running affair takes place in monthly trysts in the eponymous New York neighbourhood. The pair head off to a dingy by-the-hour hotel during a winter storm as they find out about threats to their relationship – Caitlin may have to move with her husband’s work, and Michael’s wife is seriously ill. So what do they do? Is the romance doomed? The plot unfolds amid flashbacks to their earlier lives, which moulded them into the people they have become.

Another clever, witty story of love and empowerment sees heroine Fixie Farr save a stranger’s computer from certain disaster in a coffee shop. The owner, Sebastian, scribbles her an IOU but, of course, she doesn’t intend to call in the favour. That is, until her teenage crush comes back into her life and needs her help. There follows a series of IOUs – and Fixie becomes torn between the past she’s used to and the future she deserves.

If you missed this debut when it came out last summer, bag your Valentine (or yourself) a copy so you can see the world differently now. It tells the story of Nova, an interpreter for the Metropolitan Police, who has been blind from birth. When she undergoes surgery to restore her sight, her journey is just beginning – she now has to face a world in full colour for the first time. Meanwhile, Kate, a successful architect and wife to Tony, is in hospital after a blow to the head. There, she meets Nova and what starts as a beautiful friendship soon turns into something more.

8. Before Wallis: Edward VIII’s Other Women by Rachel Trethewey (The History Press, £20)

Those who prefer real-life romances will learn a lot about the former king’s dalliances, before he abdicated to enable him to marry American divorcee Wallis Simpson. Three other women could have changed British history, according to this historian. Through hundreds of love letters, contemporary accounts and the Duke of Windsor’s will, the book reveals not only his behaviour but pieces together the lives of these women and their impact on the heir to the British throne during his formative years.

This magical, mysterious tale by an author best known for her young adult fiction, sees farmhand Emmet learning how to bind books. But it soon becomes apparent that the books he’s binding are trapping people’s best-kept secrets, past deeds and regrets. Then he uncovers a book with his own name on it. Dark and atmospheric – with a seductive love story wound through it – it’s a great one for fireside reading.

From the private papers of Mark Twain and Mozart, to those of Robert Browning and Nelson, this book forms a collection of some of the most romantic letters in history. For some of these great men, love is a ‘delicious poison’ (William Congreve); for others, love can scorch like the heat of the sun (Henry VIII), or penetrate the depths of one’s heart like a cooling rain (Flaubert). Part of the Macmillan Collector’s Library, this series of stunning, clothbound, pocket-sized classics with gold foiled edges and ribbon markers makes a perfect romantic gift.