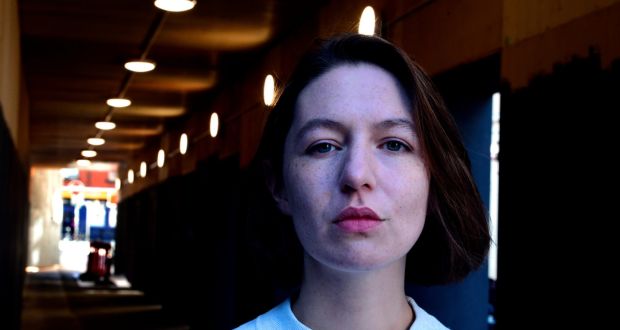 Normal People, the critically acclaimed, prize-winning second novelby 28-year-old Irish writer Sally Rooney, has been crowned Book of the Year at the British Book Awards, or Nibbies, on Monday evening.

The book, published by Faber & Faber, triumphed over formidable competition including Michelle Obama’s Becoming (Viking), which won two awards, Non-Fiction: Narrative Book of the Year and Audiobook of the Year, and was considered by many to be the standout publishing sensation of the year. Its publisher, Penguin General, was named Publisher of the Year.

The Book of the Year judges – chaired by Alice O’Keeffe, books editor of The Bookseller – praised Obama’s Becoming, and in particular her reading for the audiobook version, but decided that Rooney’s novel, which charts the on-off relationship between two Irish students, was the most deserving winner of the top accolade in the “Baftas of the book trade”.

Rooney said: “It’s an enormous privilege and an honour for me to receive the overall Book of the Year Award at the British Book Awards. I want to say thank you, specifically, because I feel I had an extraordinary lucky experience with this book. I’ve received such enormous support and generosity from my own publisher, Faber & Faber, of course, and also from the bookselling community generally, from libraries and librarians, and the community of people who love books. It has been a really privileged experience for me, and I do feel astonishingly lucky.”

O’Keeffe said: “Beautifully observed and profoundly moving, Sally Rooney’s Normal People was unanimously praised by our Book of the Year judges. It really is an exceptional novel from one of the most exciting young writers we have. Beloved of reviewers, booksellers and readers, I’m thrilled that it is our Book of the Year.”

Fellow judge Stig Abell, editor of the TLS, said: “Sally Rooney may well be on her way to becoming the major literary figure of our time, a generational talent. This is a book that, five years from now and 50 years from now, we will still be reading. It is fantastically important.”

Brett Woolstencroft, manager at Daunt Books, said: “Normal People is a hugely deserving Book of the Year winner. It is that rare thing, a sublime work of literary fiction which appeals to all because it exquisitely renders a universal experience – being young, finding love, friendship and ultimately a sense of self. Add a wonderful cover and well-judged promotion, and you have a phenomenon.”

Bea Carvalho, fiction buyer at Waterstones, who judged the Fiction Book of the Year award also won by Rooney, said: “Normal People is fiction at its brightest and most relatable: clever yet unpretentious, literary yet highly approachable – it is that rare gift of a novel which can be enjoyed by readers of all tastes. Sally Rooney’s debut was a huge hit, but with Normal People Faber have cemented her reputation as the voice of her generation and one of the most exciting novelists around today.”

Anne Enright, reviewing Normal People for The Irish Times, wrote: “It is time to take a sharp inhale, people. After the success of Conversations With Friends, Sally Rooney has produced a second novel, Normal People which will be just as successful as it deserves to be: it is superb.”

Born in 1991 in Castlebar, Co Mayo, Rooney studied English at Trinity College, in Dublin, where she still lives. Her debut novel, Conversations with Friends (2017, Faber & Faber) was written in just three months. It won the 2017 Sunday Times / Peters Fraser + Dunlop Young Writer of the Year Award and was shortlisted for the 2019 International Dublin Literary Award. Normal People has won the 2018 Costa Novel Award, the Novel of the Year Award at the Irish Book Awards, and was Waterstones Fiction Book of the Year 2018. The New York Times has called Rooney the “first great millennial author”.

The British Book Awards’ Books of the Year, which uniquely celebrate books that have been both well-written and brilliantly published, were awarded across eight shortlists, with each winner in the running for the overall Book of the Year trophy that was awarded to Rooney.

The Children’s Illustrated and Non-Fiction category – newly introduced this year to reflect the growing importance of illustration in children’s books – went to You Are Awesome by Matthew Syed (Wren & Rook, illustrated by Toby Triumph), with a Highly Commended given by the judges to Usborne’s Politics for Beginners, which was seen as hugely topical, accessible, and well-produced.

The author and journalist Hannah Beckerman said of Lullaby: “Lullaby was our stand-out winner. It’s a novel that captures the zeitgeist in its incisive portrayal of the complex dynamics between parents, nannies and children. To create a literary hit with a novel in translation is no mean feat, and the judges applauded the advance buzz created by the marketing team, the striking book jacket and clever use of tagline, and the extraordinary press coverage, which would have been a stellar campaign for a British author but was truly exceptional to have been achieved with a foreign author.”

Journalist, writer and critic Anita Sethi said of Becoming: “Becoming by Michelle Obama is a hugely deserving winner of the Non-Fiction: Narrative Book of the Year award, and stood out head and shoulders above the competition as it powerfully shares both the personal and the political. Candidly chronicling Michelle Obama’s life from the south side of Chicago to the corridors of power, Becoming insightfully shows the experiences that shaped her, but also achieves universal resonance as it considers what makes us become the people we are and how to become what we want to be. The impact of the book has been profound including on young people, and Michelle Obama has proven to be an inspiring and much-needed role model.”

The vegan cookbook Bosh! (HQ), by Henry Firth and Ian Theasby, who rose to fame on the back of a huge YouTube following, won Non-Fiction: Lifestyle over chefs Yotam Ottolenghi and Tom Kerridge, as well as titles with a more political slant, such as Slay in Your Lane: The Black Girl Bible (4th Estate) by Elizabeth Uviebinené and Yomi Adegoke.

To win Fiction Book of the Year – the award that sent Sally Rooney in the running for the overall trophy – Normal People beat strong competition, including the Booker-winning Milkman by Anna Burns (Faber & Faber) and Jojo Moyes’s Still Me (Michael Joseph).

The internationally bestselling crime writer Lee Child was crowned Author of the Year. The beloved British writer and illustrator Judith Kerr OBE was named Illustrator of the Year.

Produced by the UK’s book trade magazine The Bookseller, the Nibbies are the definitive celebration of the country’s leading creative industry. The British Book Awards are the only literary awards in the UK that champion books that have been both well-written and brilliantly published, honouring not just the author and illustrator of a title but the entire publishing team.