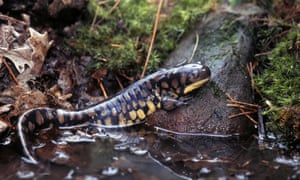 They say there’s a German word for everything. My favourite is Lebenswelt, an idea described by the Austrian philosopher Alfred Schütz as “that province of reality which the wide-awake and normal adult simply takes for granted as common sense”. Probing beyond this is the hard work of authors: they remove our blinkers, while revealing deeper layers of reality. That is, they teach us how to see, instead of merely look.

Take a simple patch of dirt. Most of us wouldn’t look twice. But David Haskell spent a year nose-deep in leaf litter examining a single square metre of old-growth forest in Tennessee. In The Forest Unseen he documents the marvellous profusion of life, and all the miniature commuters – from snails and salamanders to coyote pups and woodpeckers – that cross this small parcel of land, or call it their home. The result is an almost magical look at the interconnectedness of the natural world, and the invisible ties that bind us together.

In the urban jungle, we are bound by different threads: unsleeping algorithms that trawl the internet finding “patterns that are invisible to human eyes”. In Weapons of Math Destruction, Cathy O’Neil lays bare the maths, rules and data that increasingly shape our everyday lives. “Models,” she writes, “are opinions that are embedded in mathematics.” She charts the unchecked growth of these models, and how they are coming to define school admissions, bank loans, mortgages and health insurance – even the ways our societies are policed. Learning how to read between the lines (of code) becomes crucial if we are to unlock their hidden biases.

In Wilful Blindness, Margaret Heffernan asks us to consider why we sometimes think ignorance is bliss

Skinny Legs and All by Tom Robbins is the only work of fiction on this list. On the surface, the story is about a pilgrimage to Jerusalem by a cast of oddball characters, including talking inanimate objects. Robbins deftly weaves the separate narratives together in a climactic “big reveal”; a showdown where the audience must choose between watching the Super Bowl or Salome’s Dance of the Seven Veils – a dance that reveals, with each veil discarded, a grand illusion held by humanity.

There are illusions, and then there are the things that we refuse to see. In Wilful Blindness, Margaret Heffernan asks us to consider why we sometimes think ignorance is bliss. Drawing on insights from whistleblowers, business leaders, criminals, psychologists and neurologists, she reveals that often we deliberately put on blinkers to “avoid conflict, feel safe, reduce anxiety and protect prestige”. Perhaps even more dangerous are the ways in which companies and corporations can become structurally blind; not because their leaders don’t want to see, but because their sights are so myopically set on being competitive.

Last in my list is a blind spot that can be revealed through photography. Jo-Anne McArthur’s haunting book We Animals documents the day-to-day conditions of animals hidden away in medical testing labs, industrial farms, circuses, aquariums and markets. While in our minds’ eye we picture animals out in the wilderness or grazing in meadows, McArthur brings an empathetic lens to the grim reality – mostly unchallenged – of millions of lives spent in captivity.

Reading rats: All about German books and reading habits