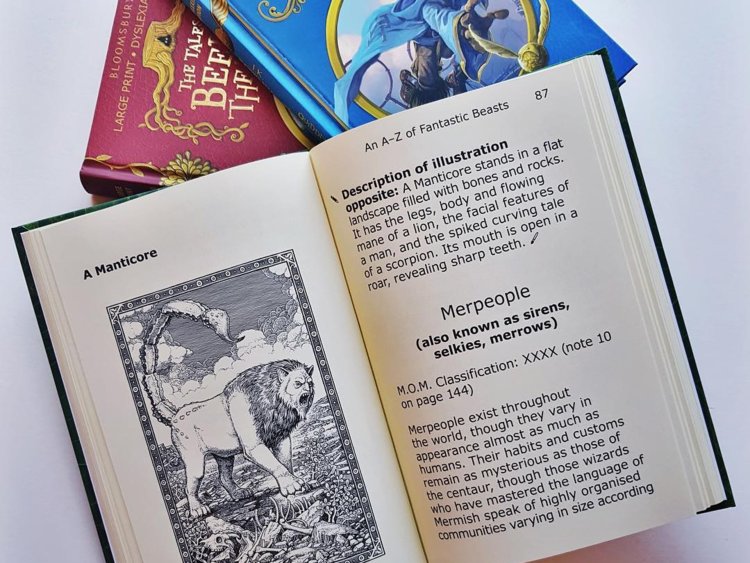 The “Harry Potter” franchise just introduced a new iteration of books that will make even Voldemort smile.

In an effort to make the magic of the wizarding world accessible to everyone, Bloomsbury Publishing just debuted a collection of dyslexia-friendly “Harry Potter” companion books.

From here on out, readers with dyslexia can enjoy “The Tales of Beedle the Bard,” “Quidditch Through the Ages” and “Fantastic Beasts and Where to Find Them” with a host of enhancements.

The new books feature dyslexia-friendly fonts in large type on tinted paper for reduced glare and maximum contrast. Detailed descriptions and captions accompany the beautiful illustrations in the novels, as do themed navigational aids.

Check out these dyslexia-friendly editions of The Hogwarts Library books from @bloomsburypublishing! Published in large-print, with tinted paper for glare reduction and navigational aids to assist the reader, the books are approved by @rnib and @bdadyslexia. Find out more at the link in our bio �

Each novel is Royal National Institute of Blind People (RNIB) approved and the publisher worked with experts in the fields of dyslexia and visual impairments to ensure the inclusive versions are everything readers want and more.

“We hope that these projects will encourage other publishers to follow in their footsteps and expand the market of accessible and inclusive books,” a spokesperson for the RNIB said in a statement.

According to Pottermore, Bloomsbury intends to release similar editions for every book in the “Harry Potter” series. No release date for the “Potter” series has been announced yet, but consider this a move in the right direction.

The only catch? These dyslexia-friendly books aren’t yet available in the United States, but fingers crossed they’ll make their way across the pond faster than we can say “Accio.”